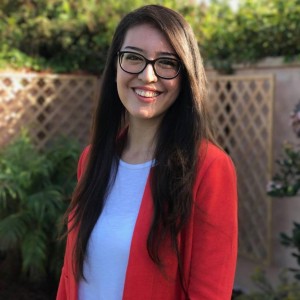 Monique is an online course proofreader from sunny Los Angeles. She creates info products related to writing course copy, like her flagship course, Course Copy Essentials. And she loves helping course creators look good in copy. You can find her curled up with coffee and a good book when she's not proofreading course content and absorbing everything related to online learning.

My first webinar had me sweating and shaking.

I couldn’t eat, drink, or think about anything other than how nervous I was.

But when I finished my course in early 2021, I knew a webinar was the best method for selling it. (Despite the nerves.)

And if you’re looking to use a webinar to sell your online course, take a look at the lessons I learned below, so you don’t make the same mistakes I did!

The Backstory of My First Webinar 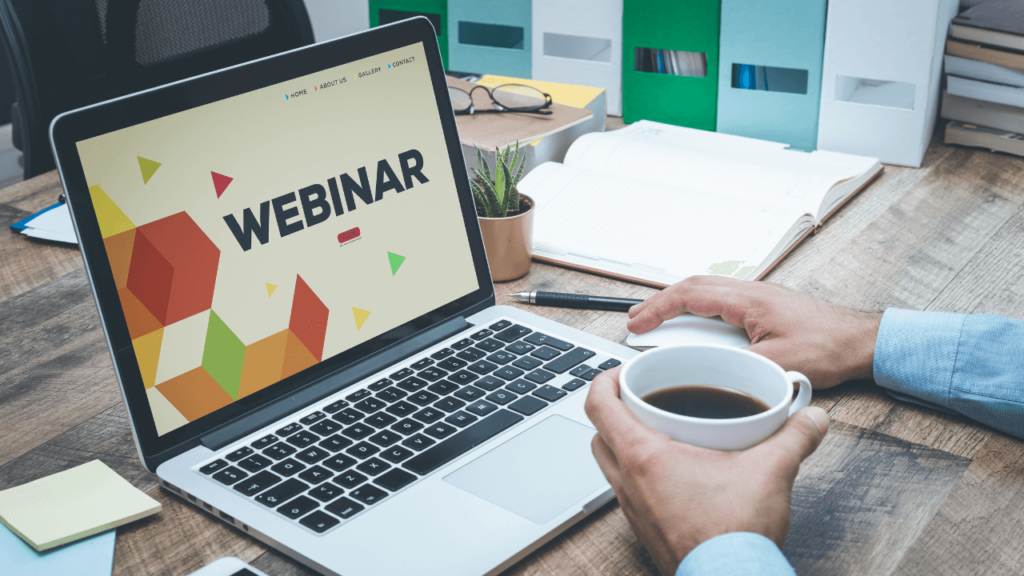 I learned how to do a good webinar from Amy Porterfield, inside of her Digital Course Academy (DCA) program.

It was a lot of work to put together, but Amy offered a ton of templates and step-by-step guidance.

Before I launched my online course with a webinar, I had already validated the course by pre-selling it to my audience.

This means I sold the idea of the course to my audience (around 350 people at the time) and invited them to purchase the course before creating it.

After pre-selling my course to five people at $47 each, I created the course for the people who purchased the idea of it.

The course took about 4.5 months to put together since I had a full-time job at the time.

About a month after creating the course and getting testimonials from some of the people who bought the course during the pre-sell period, I launched the course with a webinar.

And no matter how prepared I felt after taking Amy’s program, there were a lot of things that went on behind the scenes that I didn’t expect.

So I’m going to share with you the hard lessons I learned, so that when it’s time for YOU to do your first webinar, you can make new mistakes, instead of mine.

Lesson 1: Don’t Do Your Webinar the Week You’re Moving Out of Your House 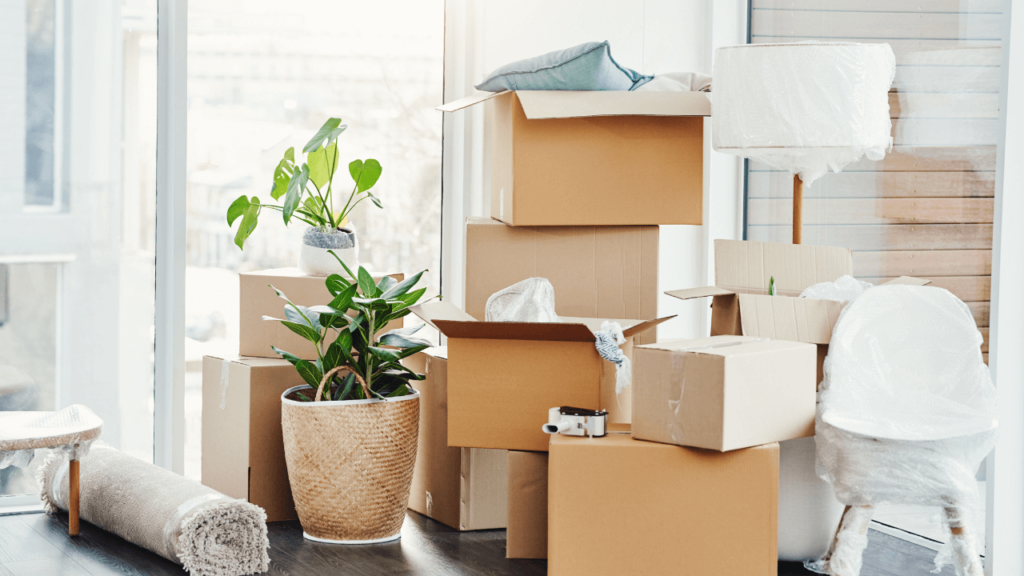 In early 2021, I set a hard deadline for myself to do a webinar before August. I had another promotion to do in August and I didn’t want the two to clash together.

So I set my webinar dates for the end of July and felt happy with that.

But I found out in late June that my boyfriend and I were moving out of our apartment and into a house.

I didn’t think that would be a problem, since our official move-in date was July 30th and my webinars were scheduled for two days before that.

But I was wrong. I didn’t think about the chaos an apartment could be in two days before a big move.

So on the day of my first webinar, our apartment was in shambles. I had to create a whole new setup for the webinar in my living room in front of our TV, which wasn’t comfortable.

My mind was preoccupied with two big events at once and it made for a very stressful launch.

So my advice? Make sure your webinar doesn’t interfere with any other life events if at all possible.

Lesson 2: Always Have a Backup Plan for Your First Webinar 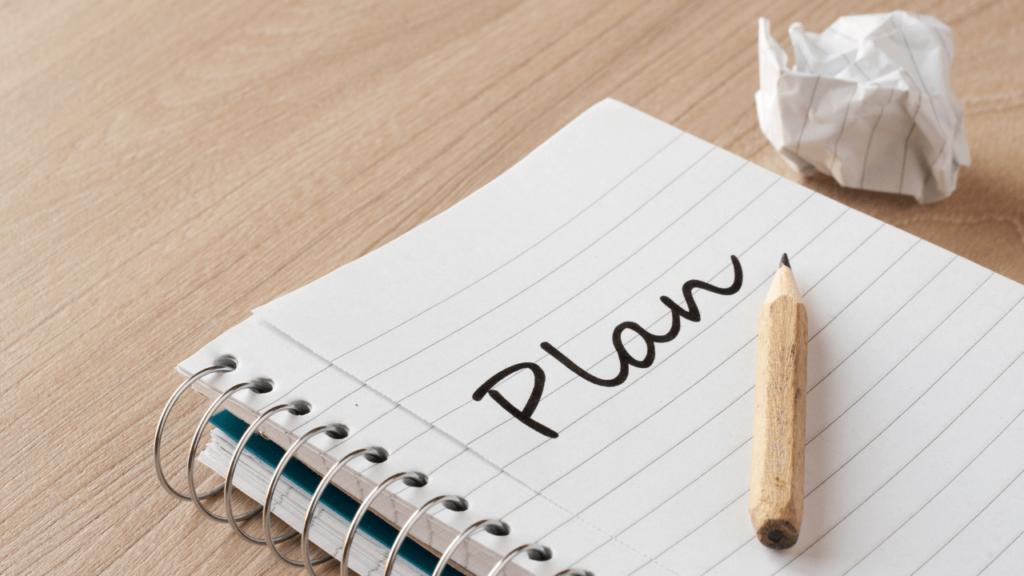 Right after I delivered my first webinar (I did three total), I got a notice from the manager in my apartment telling me they were going to do fire alarm testing the next day.

The next day was the day of my final two webinars!

I can’t make this stuff up. You never know what’s going to throw off all of your careful planning.

So in order to NOT stress on your webinar, you need to have a backup plan. Plan for a situation where you’re unable to do the webinar in the exact place you planned to.

In my situation, I ended up going to my boyfriend’s office to deliver my final two webinars. It just so happened that his CEO was on vacation, so I went in and used the CEO’s office for my webinars.

It was a great private spot and it worked out perfectly! But it was a panic-plan, and I don’t want you to panic-plan if you can avoid it.

Make sure you have a backup plan for where you can still record your webinar live in case of a fire, flood, or random acts of God.

Lesson 3: Don’t Pay Too Much Attention to the Chat Box 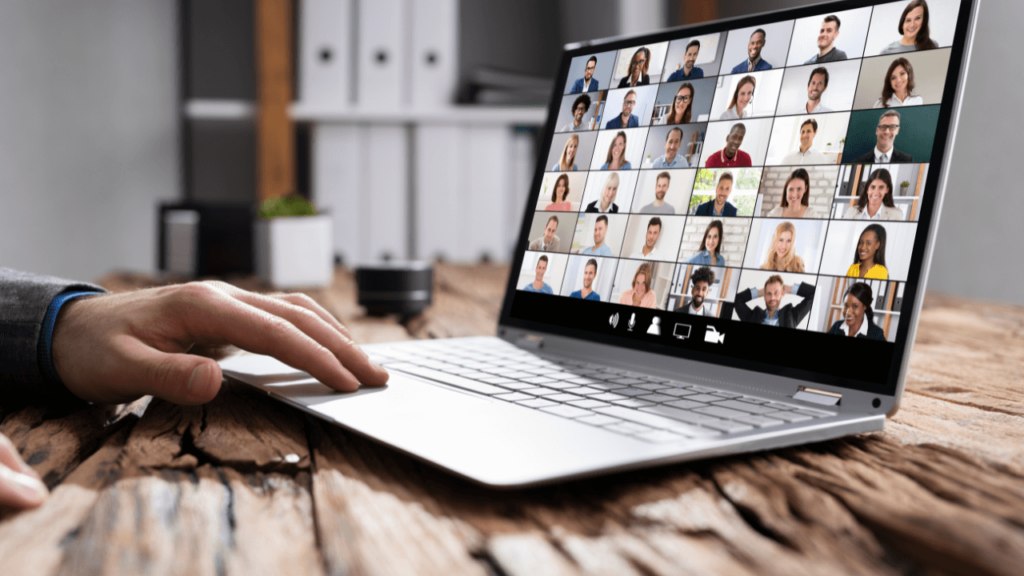 One thing that really threw me off during my first webinar was paying too much attention to the chat box.

It’s one thing to look at the chat box when you ask your audience questions, but my problem was I kept staring at it every time someone made a comment.

This made it tough to focus on my content and stay on track.

I wanted to interact with the people attending, but I think for my first webinar, it would have served me (and the audience) better to stay focused on the content.

As you get better and better with webinars, it gets easier to interact with your audience and stay focused at the same time.

But for me, this was tough at the start, and it made me even more nervous!

Especially because I could see that some people had technical difficulties, and I was worried my entire presentation wasn’t working.

Plus, I kept looking at people’s questions and getting totally sidetracked.

I think it’s fine to look at some of the comments when you ask people questions during your webinar. But when it’s your first webinar, try to stay focused on the content and deliver a great presentation!

Lesson 4: Do a Dry Run 2-3 Days Before Your First Webinar 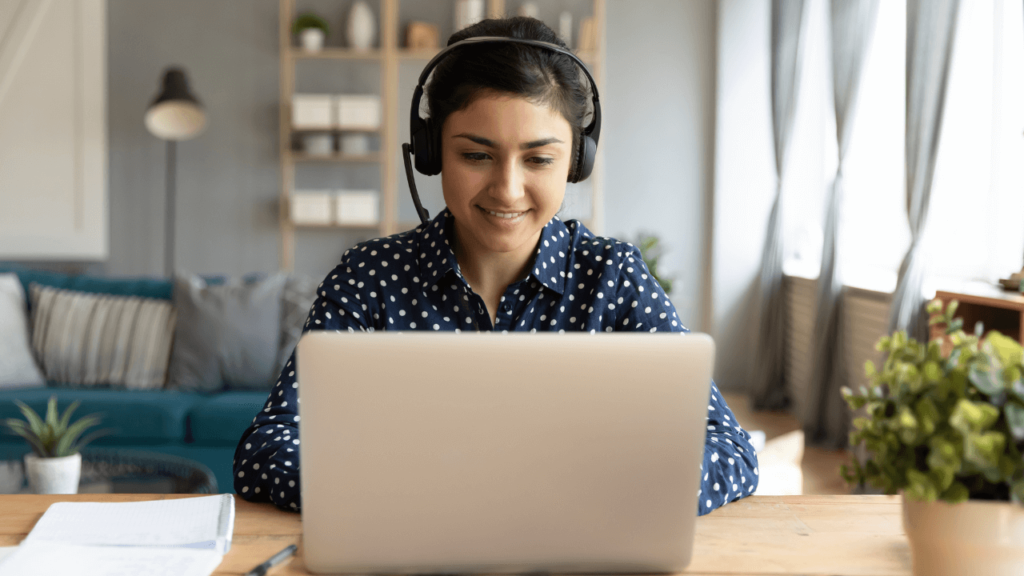 I set up some practice time with a couple of friends a few days before the webinar, but I didn’t do a complete dry run until the morning of.

This was a big mistake.

During the dry run that morning, my internet kept blipping in and out, even with an ethernet cable plugged into the wall!

At this point, it was about three hours from my webinar and I had to think fast.

I was in the living room of my apartment at a desk surrounded by boxes and other furniture for the big move.

It had already taken me a while to set up that workstation, so now I had to figure out where else I could get good internet in the apartment.

After some experimentation, I realized the problem wasn’t the internet, but my laptop. So I moved across the apartment to use my boyfriend’s laptop, which was smaller but nicer and had zero internet problems.

I transferred all of my important documents and links over to his laptop and hooked it up to his giant monitor so I could have a good view of everything.

I did another quick dry run there once that was all set up, and it worked perfectly! A friend of mine acted as my virtual assistant (VA) for that day, and she said the presentation sounded great, so I was ready to go.

But that was another situation where I was in panic mode and had to think quickly on my feet. I think what would serve YOU the best for your first webinar is doing a dry run a few days before (instead of hours), so you’re not scrambling to figure things out on the day of!

Lesson 5: Hardwire Into the Internet 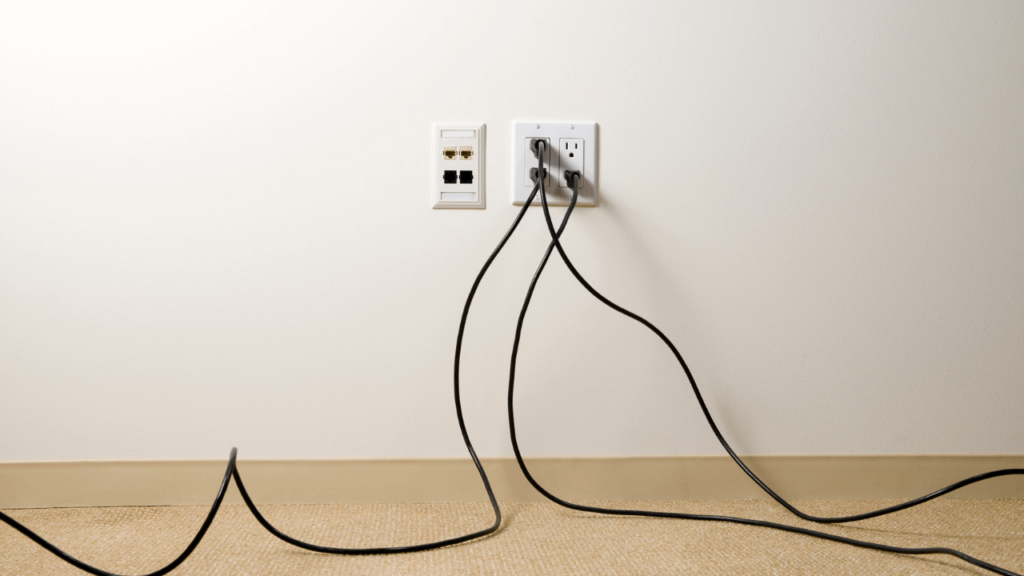 This lesson goes along with the last lesson and goes without saying: hardwire into the internet.

I actually made the mistake of thinking wifi would be enough in earlier run-throughs. But the night before my webinar it was NOT steady. So I scrambled to hook up to an ethernet cable before the big day.

This was a lesson I should have taken out of Amy Porterfield’s playbook. In Digital Course Academy (DCA), one of the biggest things she stresses when she’s teaching you how to do a webinar is hooking into an ethernet cable.

She says you never want to risk losing internet during a live presentation. I should have listened to her advice early on! 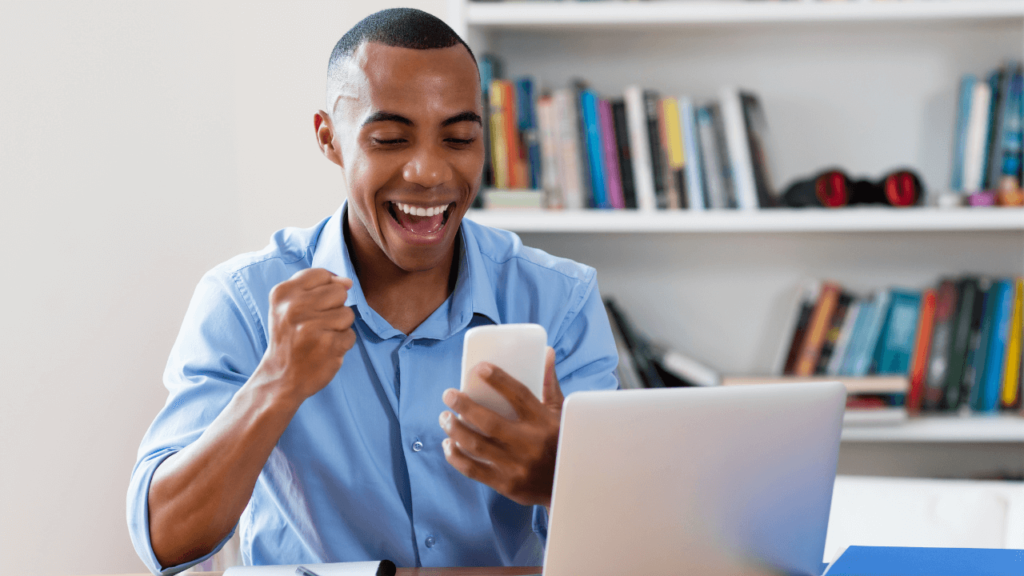 Because everyone talks about how powerful webinars are for selling your course, I thought mine would convert like crazy on the first try.

And? I believed in my ability to sell my course because I thought the course was good, too!

But after my webinar, I saw that no one had purchased while I was live, and I was crushed.

Worse, I didn’t even see very many clicks on the ‘buy now’ CTA button during the webinar.

But when sales started coming in a few hours after the webinar, I learned a couple of important things:

These are things to keep in mind on your first try.

For my first time, I didn’t want to get fancy with the fast-action bonuses. I didn’t have time to set up the tech behind it.

So that likely contributed to the zero sales on the webinar.

Plus, I had only about 10 people watching. And at that low of a turnout, the likelihood of even one person buying was already low.

So my advice to you is…don’t go in with crazy high expectations.

Your first webinar might bomb, but it DOES NOT mean your course will!

I saw sales come in for my course that night and a few days after with my follow-up emails (which DCA also taught me how to create).

So don’t feel discouraged if your first webinar doesn’t sell while you’re live.

Keep going and keep tweaking things so that your next webinars sell. But also keep in mind that the money is in the follow-up!

Final Thoughts on My First Webinar

I learned some pretty tough lessons during my first webinar, but here are the key takeaways for you to remember:

So now it’s your turn. Head over to the comments section of this post below and tell me: do you have a webinar coming up? Or, how was your first webinar experience if you already did one?

To your online course success, 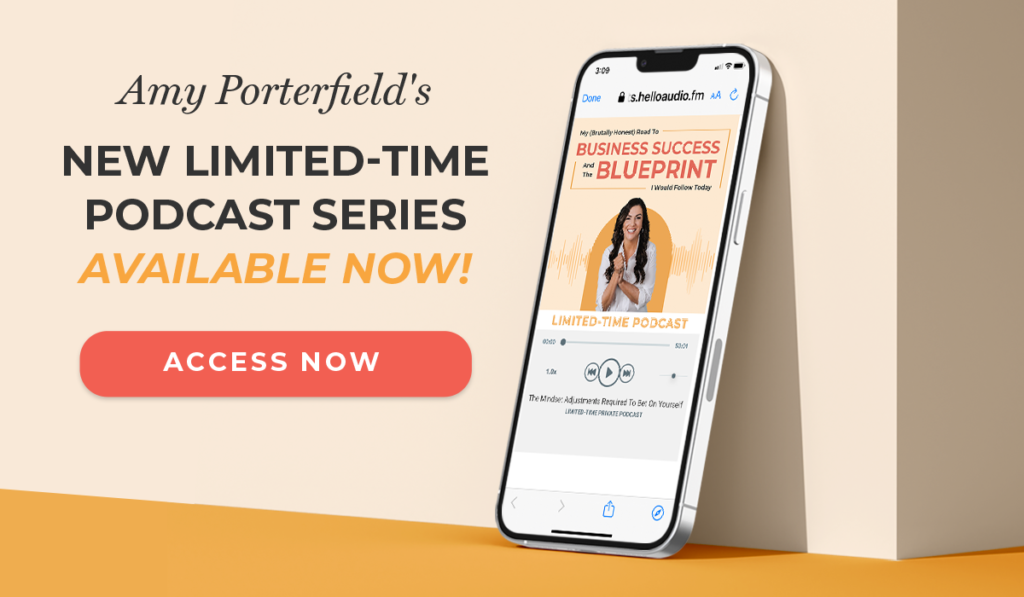 Monique is an online course proofreader from sunny Los Angeles. She creates info products related to writing course copy, like her flagship course, Course Copy Essentials. And she loves helping course creators look good in copy. You can find her curled up with coffee and a good book when she's not proofreading course content and absorbing everything related to online learning.